Introduction: On our Way to NMUN

We are delighted and relieved to announce: We have successfully participated in the National Model United Nations (NMUN) 2022! After months of worrying whether our study trip would really come true, our intensive preparations of the past semester have finally paid off.

But first things first: NMUN is an official NGO of the United Nations (UN) and an international project that brings together about 5000 students from all over the world! In the 5-day simulation from April 3 to 7, we had the great opportunity to practice and implement the working methods and agendas of the UN in New York. In this simulation, each university represents a different UN member state or NGO. Each participant represents a different UN organization, e.g. HRC, IOM, UNICEF, UNESCO etc. This way there are about 20 parallel simulations in New York. This year we represented Venezuela – a country that is far from our familiar political and economic structures and was not easy to work through.

This is what our course of 18 advanced bachelor’s and master’s students spent one semester intensively preparing for. And this is how it all began: First, we meticulously familiarized ourselves with the complex structures, the various functions and organs of the UN. A special focus was on our country of representation, Venezuela. Through regular presentations on history, politics, culture and economics, we slowly gained an understanding of our confusing and hard to grasp country. There should have been deeper insights during our UN excursion to Geneva, but Corona thwarted our plans. Instead, representatives from the WHO, WTO and UNCTAD faced our critical questions via Zoom. These expert discussions in particular brought more light into the darkness for us.

One particular challenge was the process of writing our position papers. In this report, each member state presents its positions and visions for the future on two organization-specific agenda topics (e.g. HCR, IOM, UNEA, UNESCO, etc.). Although the position papers are only two pages long, they form the substantive basis for the resolutions during the NMUN conference. For this reason, our Head Delegates put great emphasis on accuracy, which meant that we spent hours and days researching and improving the report. However, the effort and frustration was worth it! This year, our delegation from Tübingen won two awards for outstanding position papers: Congratulations to the representatives from UNEA and UNESCO!

In order to train our soft skills, throughout the semester we held internal simulations on the weekends. Thereby we went through a noticeable development process! While during our first simulation in December we were all very nervous, insecure and cognitively as well as emotionally completely exhausted at the end, things looked very different after our last and largest TMUN simulation with the University of Hohenheim (by the way, the T in TMUN stands for Tübingen). Routinized in terms of all rules and procedures, we confidently went into the negotiations, held spontaneous speeches and built up cooperations with diplomatic skills. After this weekend we all felt well prepared and ready for the challenges of New York!

On Sunday, April 3, the time had come. Our delegation, consisting of 18 delegates, two head delegates and our faculty advisor, arrived at the Hilton Midtown Hotel in New York City, where we would sleep and work for the next five days. We were allowed to check into our rooms, change to our business attire, and then we were off. Our delegation met for a short briefing before the opening ceremony, where final questions were clarified, and we wished each other good luck. The opening ceremony took place in the great hall of the Hilton Hotel, which was imposingly decorated and seated for thousands of participants. An impressive sight.

During the ceremony, the president of the non-profit organization that organizes NMUN each year welcomed us all warmly and honored a delegation from a Ukrainian university that was able to attend the conference despite the war in their country. He also reminded us all, that the Canadian university representing Russia has no influence on the actions of the Russian government and we should please include them in our sessions with respect. We can happily report that during our simulations, no students were antagonized for the country they represented. In addition, some of the volunteers who have been preparing National Model United Nations 2022 for over a year introduced themselves. It turned out that most of them had once started as delegates themselves and the experience meant so much to them that they wanted to help out as volunteers.

After the opening ceremony, we went straight to the first meeting of each committee. This was used to vote on the order of the agenda for the upcoming conference. At 10 p.m., exhausted but proud of our work, we were able to return to our rooms and talk about our days with our roommates. On Monday morning, each delegation had time to meet and exchange ideas with the permanent UN representatives of the countries they represent. Unfortunately, our attempts to contact the Venezuelan mission were in vain. For cases like ours, a panel discussion on the war in Ukraine was offered at the same time. The rest of the day was spent working in the respective committees. On Tuesday and Wednesday, too, we were busy in our committees all day, interrupted by short breaks for lunch and dinner, and on Wednesday afternoon we declared the contracting of the committees to the next year. An official motion, as is customary in the UN.

On Thursday, the three General Assemblies, as well as the United Nations Economic and Social Council (ECOSOC), were scheduled to hold their voting proceedings in the General Assembly hall at UN Headquarters. The closing ceremony should also have been held there. Unfortunately, UN Headquarters was not open to the public at that time and all events were moved to the room in the Hilton where the opening ceremony had also taken place. During the closing ceremony, our delegation was awarded a prize as a distinguished delegation for representing Venezuela. In addition, two position papers of the delegation were awarded and one delegate received an outstanding delegate award from his committee. We can really be proud of our delegation. We were then able to celebrate the exciting week and our successes during the conference together at the Delegate Ball on Thursday evening. With heavy hearts, we headed home on Friday, where we had time to reflect on our experiences.

The End of the Road: Important Takeaways from NMUN 2022

Thanks to the NMUN project in New York, we learned incredibly much. From organizational skills to charismatic speaking and diplomatic negotiating. We learned to put ourselves in the strategic-political shoes of a country and to gain an understanding of the international relations. As a result, we have all gained an enormous amount of flexibility, resilience, presence, assertiveness and self-confidence. During this intensive time, we gave each other a lot of support and got to know each other very well. We also networked with students from other countries – even beyond the simulation. This level of friendship made the whole experience especially memorable.

We successfully mastered all the challenges of NMUN – which was also rewarded! We proudly bring three awards back to Tübingen: two position paper awards for UNEA and UNESCO as well as one award as “Distinguished Delegation”.

However, a differentiated reflection also includes critical aspects. It should be emphasized that primarily universities from the global North participated in this simulation. Unfortunately, only a few delegates from regions such as Latin America, Asia, Africa and Eastern Europe were present. As a result, the project had a rather exclusive character and a strongly Eurocentric perspective. Reasons for this include the high cost of participation and strict US visa requirements. In the future, it would be desirable for NMUN to promote more countries of the global South in order to live up to its international claim.

The authenticity of the simulations is also debatable. In many committees, the negotiations were extremely compromising and harmony-driven. Often, states cooperated with each other that would never pull together in reality. Eventually, in most committees, almost all resolutions were adopted – a successful and satisfying feeling for us. But if it would work the same way in the real UN, the world would probably look more environmentally friendly, social and peaceful today.

In a nutshell, the project took a lot of time and organization, strong nerves and endurance. In retrospect, however, the efforts were well worth it. We gained a realistic insight into the nature of political work, built our social skills, made new friends, and had an exciting time in New York! We are very grateful for these experiences, as they are a great privilege. 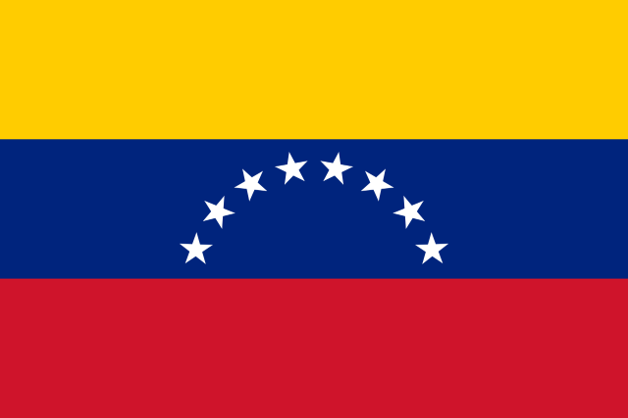