After a warm welcome with Butterbrezeln and gorgeous home-made cakes, we started the simulation at Hohenheim Castle which is a very impressive setting. 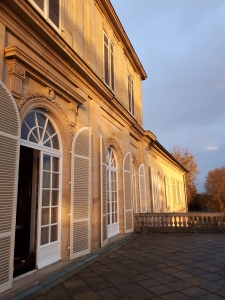 It was a great opportunity to get to know delegates from Heidelberg and Hohenheim, and we realised that the size of the committee really matters. Unlike during our first simulation, we didn’t have to make sure that there are still enough people on the speakers´ list. On the contrary, with around 45 delegations present, we were lucky if we could deliver two substantive speeches each.

As we only had one day to negotiate on climate change, it was quite surprising that we managed to submit our working papers in time. In the end, we had six draft resolutions which were all adopted. One of the votes, however, was very tedious because one delegation moved to vote by role call, so every delegation had to give its vote separately. This is not recommended if you want other delegations to like you. 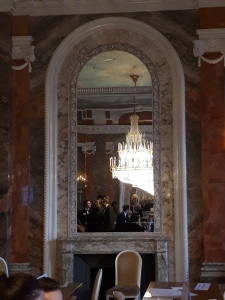 After the simulation, we had to give yet another vote, but this time it was to find the best delegate and the best speech. We are pleased to announce that two members of our delegation were selected: Sophie Mebus recieved an honorable mention as delegate and Mohammed Awais Qarni was voted the best speaker. After this long day, quite a few of us stayed for a wonderful dinner including wine tasting. Outpartying the other delegations, some members of the Tübingen delegation got home around 3am after a turbulent bus and train ride, ready to be at the speech training at 9am the next morning. This is true dedication for international diplomacy!

Many thanks also to the Hohenheim delegation for their hospitality! We are looking forward to having you and many others here for the Tübingen Model United Nations on 8 February. 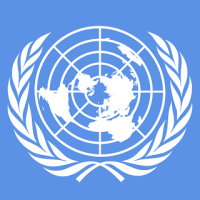 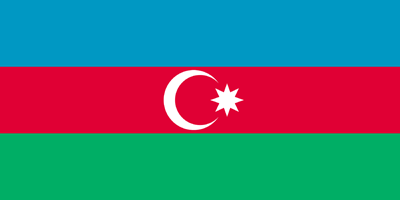 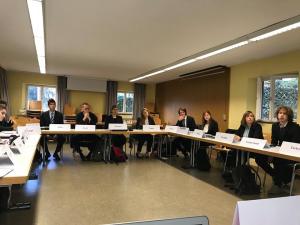